People are concerned that GMOs, or “Frankenfoods” as you may hear, could negatively affect their body.   There’s no threat that the foreign genes could somehow incorporate itself into your DNA.  Think about it:  every time you eat food, you’re eating DNA.  Every fresh fruit or vegetable you put in your body has DNA in it that is still intact.  You chew up your food, swallow it, and then it is stirred around in an acid bath in your stomach before moving on to your intestines.  Soaking in fairly concentrated hydrochloric acid for a while like that should destroy all the DNA you eat, including that from GMOs.  Another concern I’ve heard is that GMOs could somehow cause new allergy problems.  Studies have shown that this is not the case.

In a way, we’ve been “genetically modifying” plants for about as long as we’ve been farming.  We grow plants, we harvest crops, and we use seeds from the best plants to grow next year’s crops.  Case in point: did you know that cabbage, broccoli, cauliflower, kale, Brussels sprouts, collards, and even some more vegetables are actually all the same species?  It’s true! They were all developed from the same plant over the course of a few millennia.  Whether someone wanted broad, leafy greens, cute tiny cabbages (mmm, roasted Brussels sprouts), or even compact flower heads to eat, plants were selected to develop these traits.  Actual GMOs aren’t bred over time, though; they’re developed in a laboratory.  This allows us to create in a few years plants that would otherwise take centuries or perhaps not even be possible.

There are many examples of good that can come from GMOs.  For example, many cultures use rice as a staple crop, and depending on where you are, there may not be much more to eat than this rice. Or even if there are other foods available, it may be common to wean babies and young children on rice cereal.  Rice does not have the proper nutrition for rapidly developing children, and one common nutrient missing from their diet is vitamin A.  In fact, too little vitamin A in these children can cause blindness and even death.  So researchers worked to develop a grain called golden rice, which is a lovely yellow color and contains beta carotene, a building block of vitamin A.  The hope is to use this rice as a way to provide nutrition in developing countries, protecting young children.  And golden rice is only one example of several foods developed in this way to provide specific nutrition to populations in need.

“But Samantha!” you say.  “I read that the beta carotene content of golden rice is really low!”  And it is lower than that of, say, carrots for example.  But it is better absorbed and used by the body than the beta carotene in some other foods, such as spinach. So it is possible that golden rice could be a realistic solution for people in underserved areas, who likely don’t have access to carrots, sweet potatoes, or other orange vegetables anyways.

And GMOs can be helpful in more affluent countries too (yes, you are affluent, believe it or not). How many people do you know who take insulin for diabetes?  Have you ever wondered where it comes from?  As it turns out, there are strains of bacteria and yeast that have been genetically engineered to produce human insulin.

GMOs are not always used responsibly, however, and can cause harm.  One of the biggest examples is commonly used here in the States, and it’s related to the use of an herbicide you probably know as Roundup.  Roundup works to kill any plant it comes in contact with. Obviously, that could be a problem if you wanted to use it for weed killer between crops.  And weeding by hand is hard, slow work!  Wouldn’t it be nice if you could just spray your field and be done? 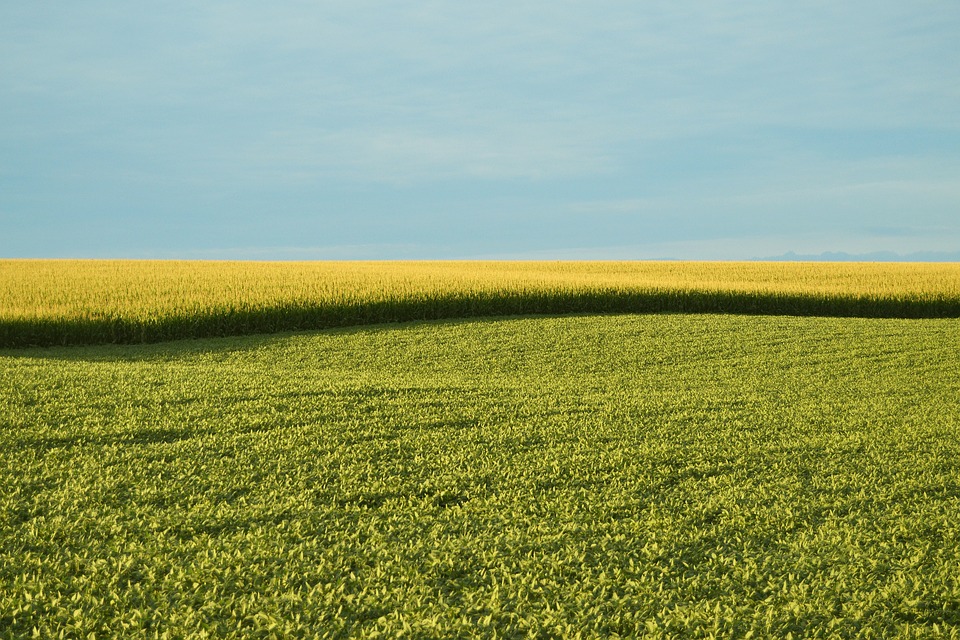 So Monsanto, makers of Roundup, genetically engineered versions of corn and soy they call Roundup Ready.  These crops have a gene that protects them from damage from the herbicide.  Sounds great, right?

Here’s the problem.  You’ve heard of antibiotic resistance, where eventually an antibiotic that used to be effective can no longer kill some bacteria?  The same thing can happen with plants and herbicides.  Over time, weeds have developed that cannot be killed with normal amounts of Roundup.  So we can either apply even more of the herbicide, which will also eventually stop working, or resort to old practices of weeding and tilling.

On top of the environmental impact of Roundup, its active ingredient, glyphosate, has been linked to non-Hodgkin lymphoma. In fact, a man in California just won a $289 million lawsuit against Monsanto on the grounds that the herbicide contributed to him developing cancer.  Granted, this particular case wasn’t on a farm with Roundup ready corn or soy; this man was a groundskeeper at a school.  But many farmhands are exposed to Roundup while working as well.

As far as how GMOs impact you at a personal level:  will it hurt you to eat a genetically modified crop?  Almost certainly not, at least not any more than any other food.  Some GMOs, if they were more broadly supported, could save lives around the world by providing nutrients to malnourished populations.  It is possible, however, that eating products containing genetically engineered corn and soy (often hidden in ingredients like corn starch, corn syrup, MSG, and others) could be supporting farming practices that can harm the environment and leave agricultural workers at higher risk of developing cancer.

Do you have family or friends who have been wanting answers about GMOs? Please share! Or want more information related to making the best choices for your kids? Subscribe to get the latest from Evidence-Based Mommy!

Samantha Radford has a PhD in Chemistry from Emory University (Atlanta, GA). She is an exposure scientist who focuses on maternal-child health. Samantha has years of research into learning about how chemical exposures affect both unborn babies and children, as well as how toxicants and medications are passed through breastmilk. Samantha also studies the effect of exposure to hormones induced by personal experiences, for example, cortisol in babies who are stressed or oxytocin in mothers bonding to their infants. Through the years, Samantha has expanded her academic and personal studies to how exposures to different parenting styles affect the mental and physical health of children as they grow to adulthood.

6 Comments on Are GMOs dangerous?